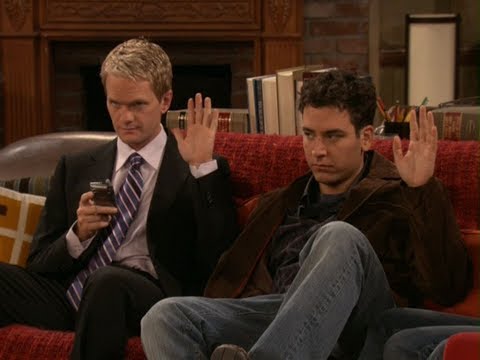 The show is a flashback as he tells his children in 2030 about his time in New York. The show is hilarious, and at times emotional, but its humor is really what kept this show on the air. It found a way of having ongoing bits and jokes that kept viewers hooked.
10.Legen . . . Wait For It . . . Dary!

Barney has a lot of catchphrases, This joke is from Barney and his constant need to have a memorable night. Barney says this about pretty much anything from a night out to a burger he is eating. It is part of the Barney brand and a staple in the How I Met Your Mother culture. When Lily and Marshall have their first son, Barney gets to pick his middle name. He picks the name “wait for it” so their son’s name is Marvin wait for it Erikson
9.Interventions

Whenever someone in the gang is doing something they shouldn’t be, the four others pull out the Intervention banner and stage an intervention. It shows how the gang is so close that they can actually let their friends check them and call them out. But it also is a hilariously over the top way to deal with some issues they have as friends. Interventions have been staged for anything from Lily using a bad cockney accent to relationships moving too fast to Ted’s red cowboy boots.
8.Robin Sparkles 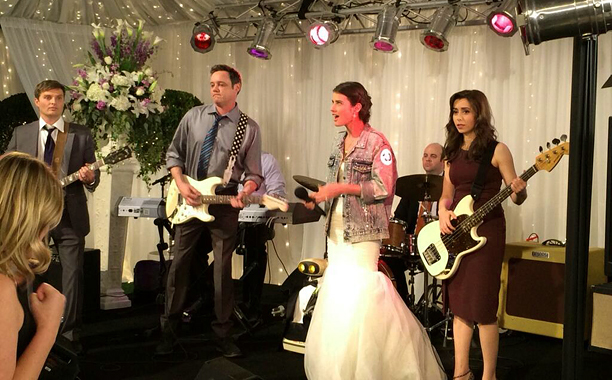 Robin being Canadian is one ongoing bit, but her being a teen pop-star is a whole other hilarious thing. She has a hit song called “Let’s Go To The Mall,” that the gang discovers and incorporate into their life. They also find some of her other songs and learn about her dark past that ended her career as Robin Sparkles. The song “Let’s Go To the Mall” is heard throughout the show, being performed at karaoke, in the music video, and even as Ted’s ringtone

Ted and Robin have a joke that they do throughout the show that actually saves their friendship at one point. Whenever someone says the words “General,” “Corporal,” “Colonel,” or “Private,” they salute as if they are saluting someone ranked in the Army. This joke is one of the most constant throughout the show and is used to be funny as well as an emotional tie between Ted and Robin 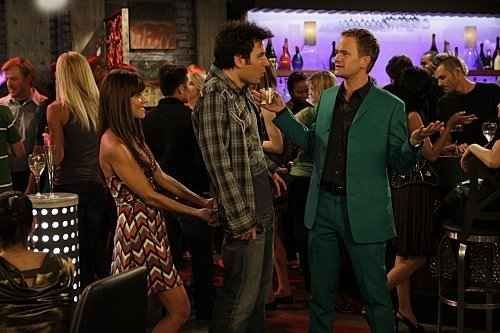 The group knows each other so well that they can communicate without actually speaking. Often the conversations go well, but on many occasions, there are misunderstandings that lead to hilarious outcomes. Sometimes members of the group are excluded from the conversation, like when Ted dyes his hair blonde, and his friends conspire to get him to keep his hair dyed through a telepathic conversation. One of the most memorable misunderstandings is when Robin tries to tell Lily not to open a gift she got her publicly, and Lily thinks Robin is telling her that she needs a tampon.
5.The Fiero 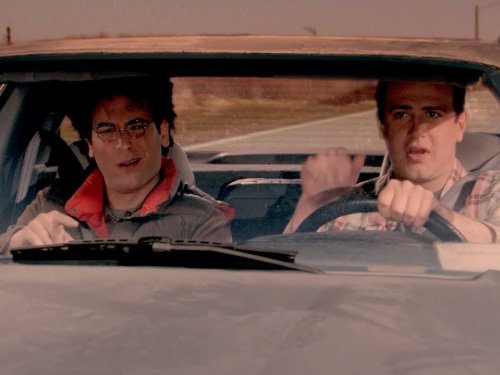 Marshall’s Fiero is a staple throughout the show. It was the car that Ted and Marshall drove in college on their road trips to Gazzola’s pizza place in Chicago and the place where they became best friends. The car has the song “I’m Gonna Be (500 Miles)” by The Proclaimers stuck in its cassette player, and every time the car starts in the show, you hear the song start to play.The Fiero tragically breaks down right before hitting 200,000 miles. Its last act as Marshall’s car is to eject the cassette tape. In the words of Marshall, “Arrivederci, Fiero. You were the freakin’ Giving Tree of cars.”
4.Eating Sandwiches 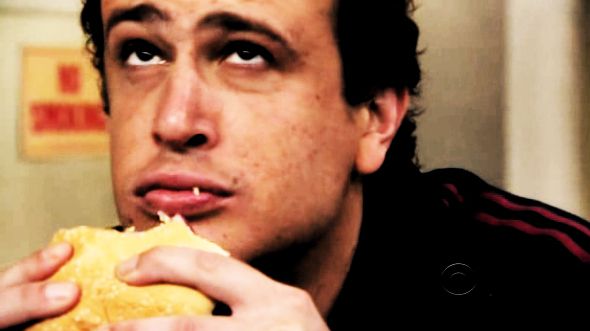 Marshall, Ted, and Lily all met at Wesleyan during their freshman year of college in 1996. They often smoke weed, but while rehashing the story of his past to his children, Ted refers to this activity as . . . “eating sandwiches.” Throughout the series, the gang can be found “eating sandwiches” on numerous occasions. As they take bites of big sandwiches, they cough and laugh as if they are hitting a jay. The visual is always a funny one.
3.Red Cowboy Boots 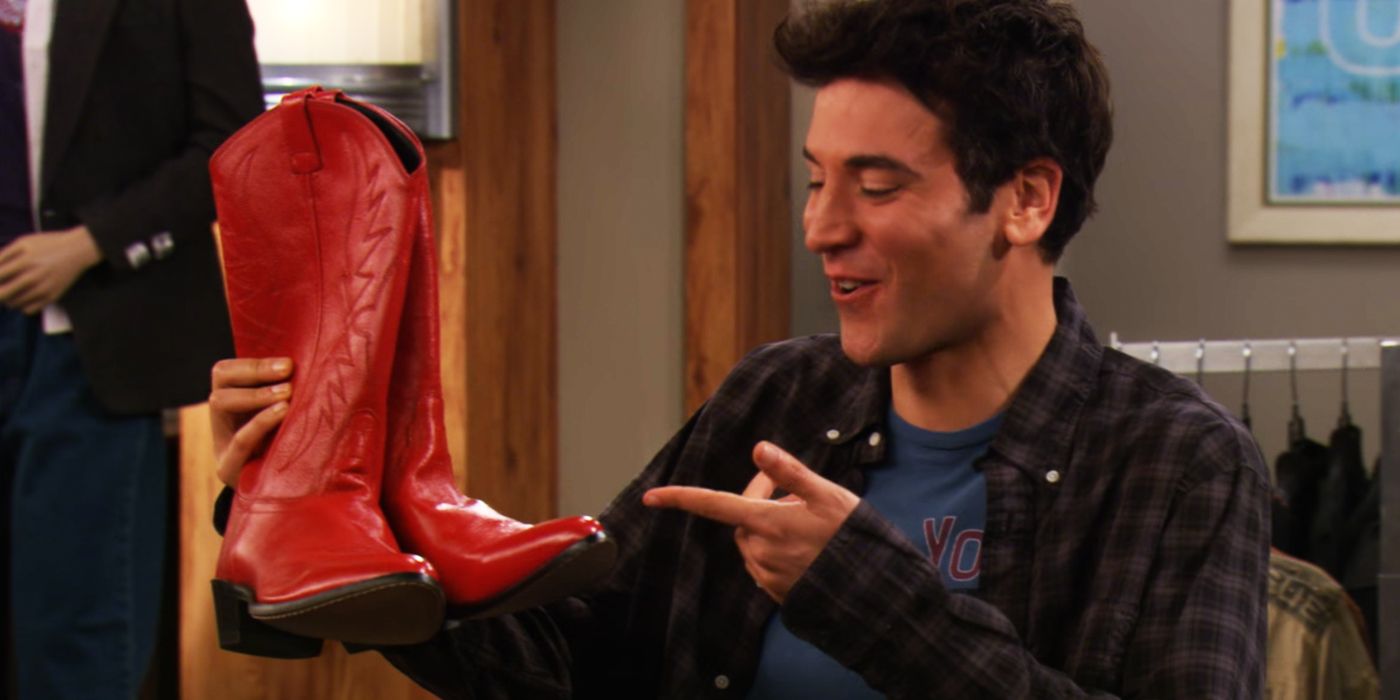 As mentioned in the Intervention subset of this article, Ted’s Red cowboy boots are a pair of Red Cowboy boots that Ted really thinks he can pull off. The entire gang hates the shoes and never hesitates to tell him how he is, in fact, not pulling them off.The boots show up throughout the show but are ultimately burnt when a girl Ted dates burns a bunch of his stuff after they breakup. It’s the moment Ted realizes he is ready to settle down, and the boots become a symbol for his life before that moment.
2.Dopplegängers
In Manhattan, you see a lot of weird things. But one of the weirdest things that How I Met Your Mother places into their version of Manhattan is dopplegängers. Everyone in the group has one, sometimes used as comedic relief, but sometimes the members of the group put much more weight on the discovery of them.By the end of the series, each is revealed. There is Moustache Marshall, Lesbian Robin, Stripper Lily, Mexican Wrestler Ted, and Dr. John Stagel Barney.
1.Slap Bet
Slap bets are used by the gang. Rather than bet money or material items, they bet slaps. 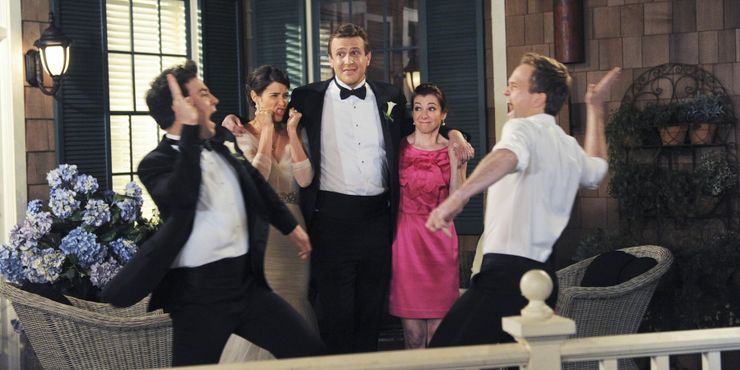 How I Met Your Mother: 10 Times Barney Said Everything Fans Were Thinking

How I Met Your Mother: 10 Greatest Betrayals, Ranked