Marshall Eriksen may have his quirky moments on How I Met Your Mother, but he is definitely one of the most gifted and relatable characters on the show. The ideal boyfriend, he is always full of great romantic advice, a trait that certainly helps him get Ted back on track all the time.

10.”Why Does He Keep Doing This? He Meets Them. He Likes Them Way Too Much. He Goes Way Too Big Too Soon. He Ends Up Blowing It” 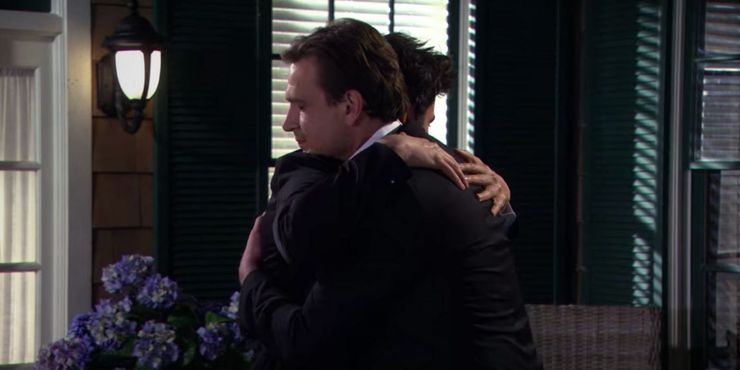 Ted Mosby is a hopeless romantic, which usually leads him to come on too strong with women. Fans have seen him go all out and eventually get his heartbroken over a dozen times on the show. Therefore, in the finale, when he cancels his big move to Chicago for a girl he just met, all fans agree with Marshall’s reaction. 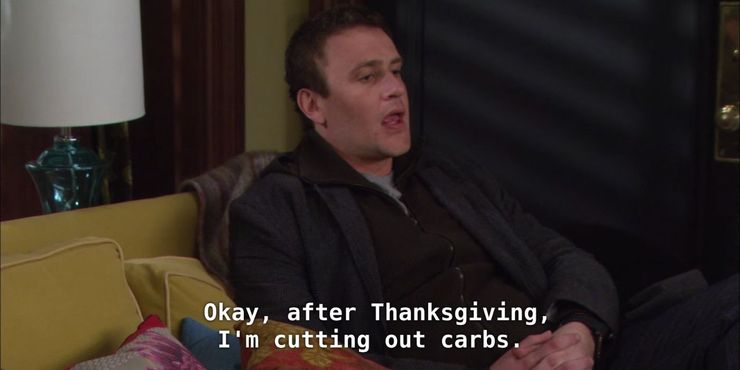 In the 11th episode of season 7, Marshall and Lily return from the suburbs only to realize how tiny their Manhattan apartment is in comparison. This causes Marshall to feel unfit, leading him to say something all of us have thought more often than not.

8.”You Should Never Say That” 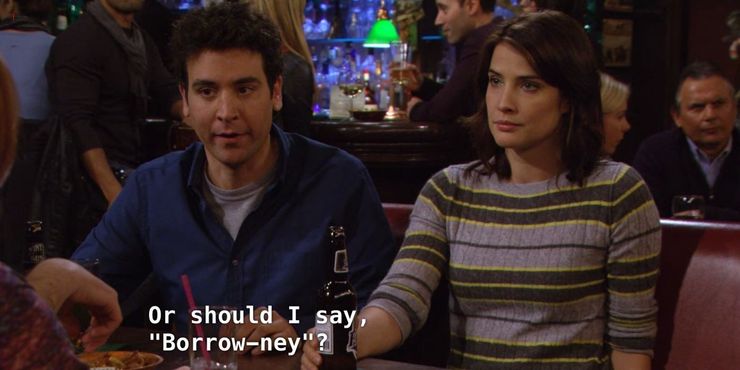 All fans know that Ted doesn’t really have the best humor on the show. In fact, his puns and nicknames usually fall flat and never get a great response from his friends or the audience. 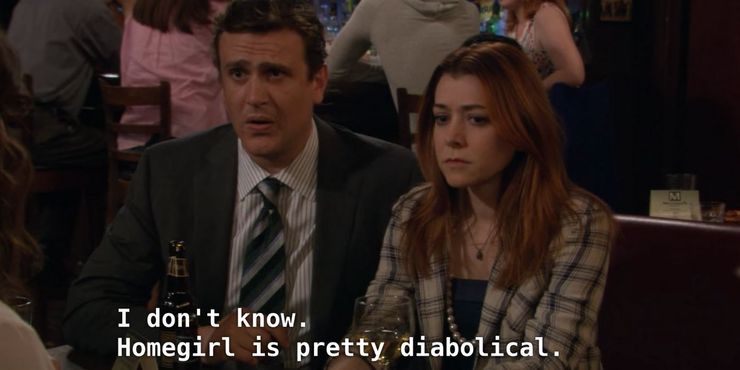 In episode 23 of the 6th season, the Arcadian is about to be declared a landmark, causing Ted to lose his big project. When all hope is lost, the gang starts discussing other business ideas such as their forever long dream of opening a bar.

6.”I Guess Sometimes, You Just Have To Set Your Ego Aside” 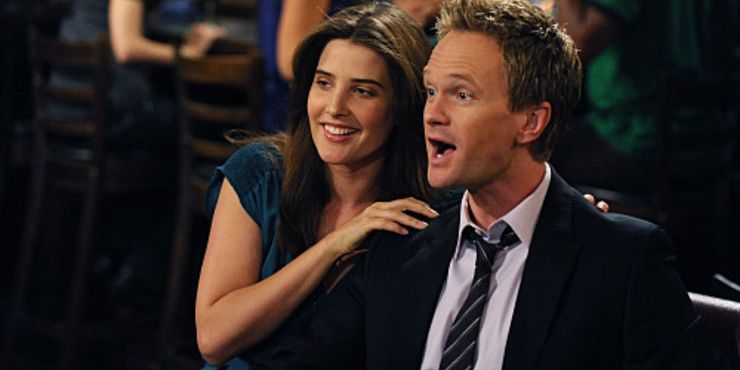 Unlike Barney and Robin, Lily and Marshall were the epitome of a good relationship on How I Met Your Mother. Fans witness Robin and Barney struggle throughout their relationship in the series due to their stubbornness and sometimes egoistic behavior.

5.”Love Died. The Love That Made You All Believe In Love, That’s Dead Now” 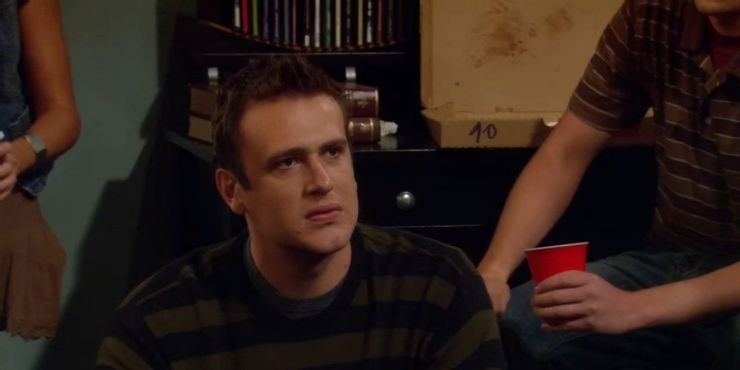 In season 2 when Lily leaves Marshall to go to San Francisco right before the wedding, the fans mourn the relationship just as much as Marshall does. When his lawyer friends give him advice on how to get back at Lily, Marshall tells them that none of that matters, because the love that made all of us “believe in love, that’s dead now.” Being the ideal couple on the show, his quote resonates with what all fans are left feeling after Lily ends the relationship and moves away from New York. 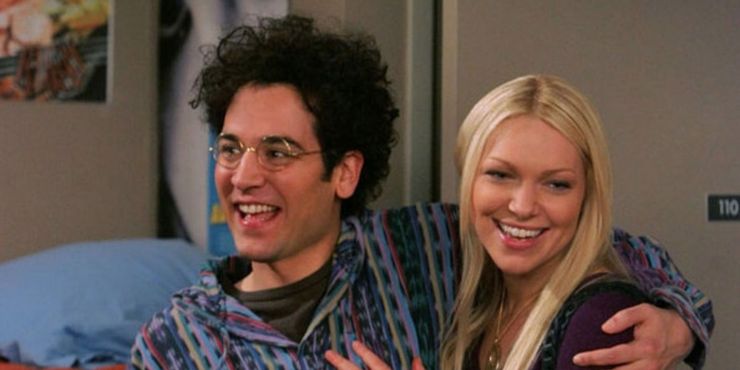 Ted is known to date girls who just aren’t right for him at times in How I Met Your Mother. However, Karen was possibly the worst girl he ever dated. She was snobbish, constantly cheated on him, and treated him terribly.

3.”Am I The Only One Who’s Curious About The Pineapple?” 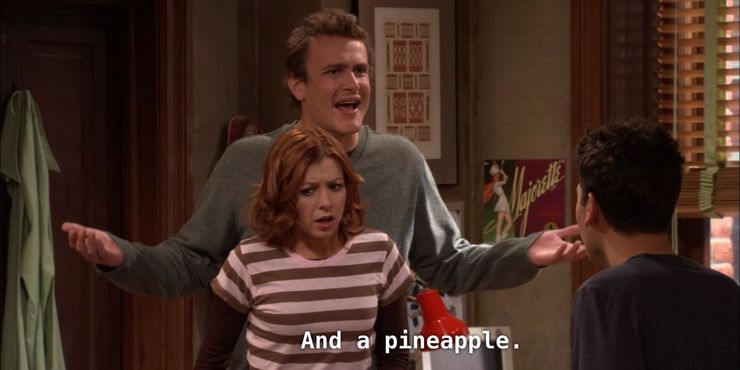 In season 1 episode 10, Ted has a wild drunk night at their local bar and blacks out before waking up confused the next day. The next morning, he finds himself in bed with a random girl and a pineapple.

2.”Aww Look At You. Had A Girlfriend For Five Minutes And Thinking You’re Playing With The Big Boy Is Adorable” 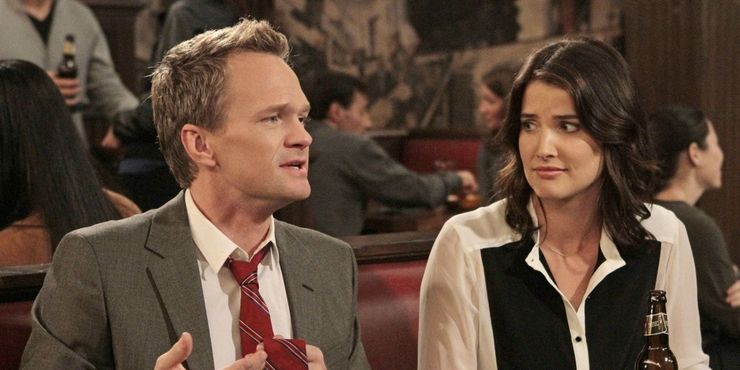 In season 5 when Barney and Robin start dating, Barney tries to conceal all their relationship problems by claiming that he’s the best at being in a relationship, just as he was the best at being single. Marshall, just like the fans, knows this is completely untrue and tell him to stop competing with him since he’s super new to relationships, whereas Marshall has been in a great one for years.

1.”Ted, I Love You Buddy, But There Is No Way You Can Pull Off Blonde” 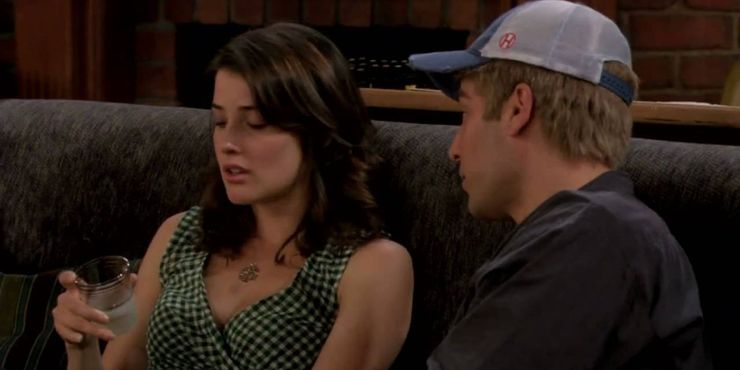 Ted Mosby has had some pretty crazy fashion moments in How I Met Your Mother. Whether it was the red cowboy boots or the tweed suits, they just never worked for him.

How I Met Your Mother: 10 Times The Main Characters Should Probably Have Gone To Jail