Season 4 for of The Big Bang Theory was a bit of a turning point for the show – on the one hand, the series decided to begin drifting away from exclusively nerdy material due to most of the members maintaining long-term relationships, causing many die-hard geek fans to overly scrutinize the season. 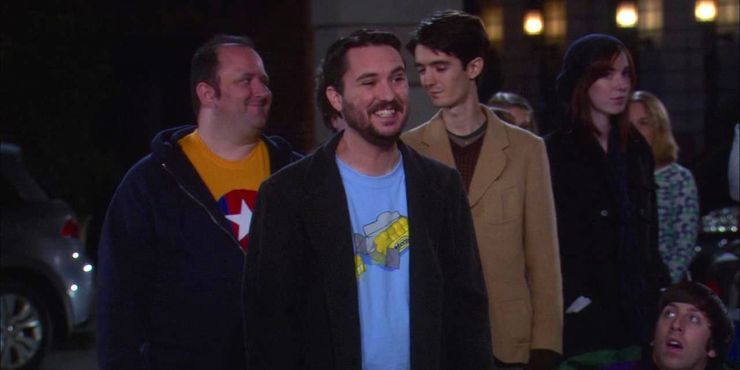 By this point in the series the writers had established that guest star Wil Wheaton was Sheldon’s mortal enemy. The character playing himself had already sabotaged Leonard and Penny’s relationship and showed up again, this time preventing Sheldon and the gang from seeing a special screening of Raiders of the Lost Ark. Sheldon decides to take revenge on his foe and steals the footage for the special screening – if Sheldon can’t see it, nobody can see it. 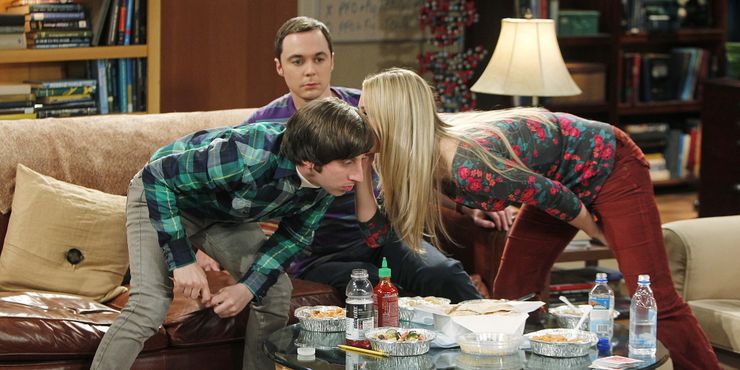 This episode’s B-story was arguably one of the most hilarious in the entire series as it followed Howard playing a magic trick on Sheldon and teasing him for not being able to figure it out, only for it to be revealed that the entire gang is messing with Sheldon and lying about which card they pull from Howard’s deck in order to bamboozle him. Meanwhile, the A-story follows Leonard (Johnny Galecki) as his life starts to get taken over by Priya, Raj’s sister, and she asks him to stop hanging out with Penny. Priya was certainly a sour-spot of season 4. 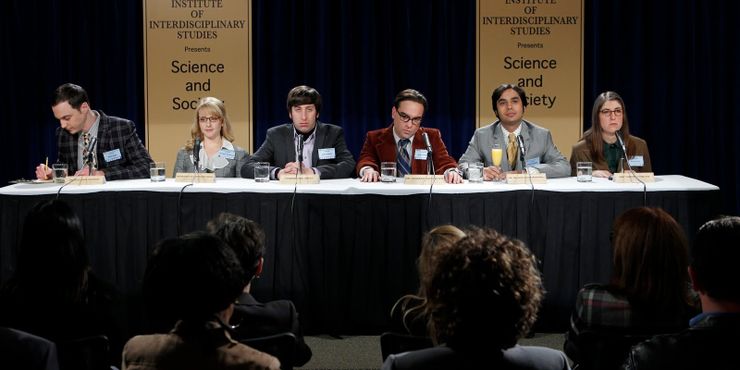 Most of the The Big Bang Theory’s episodes had a focused A and B story, but audiences were always gifted with the occasional episode when the entire gang was wrapped up into one story. In one of the first episodes where the 7 core-cast members are all together in the same story, the gang takes a road trip to a science convention where all of them (besides Penny) have been asked to speak. The weekend takes a turn when Howard and Bernadette run into one of her old boyfriends and Howard gets a huge wave of jealousy, with the resulting fight between the couple disrupting everybody else’s trip. 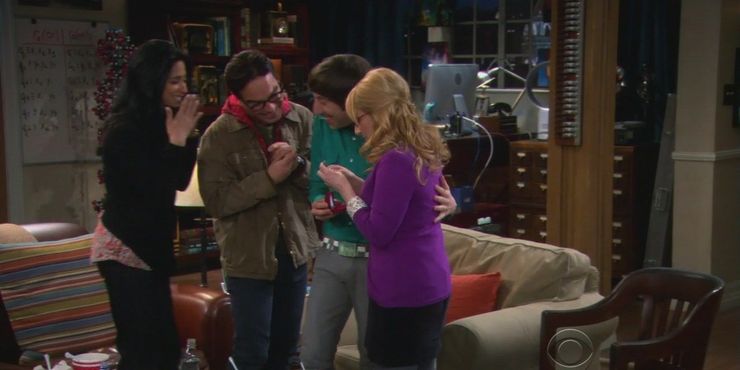 While audiences were happy that Bernadette stuck around, the climax of this episode was a head-scratcher. An episode riddled with drama found a group-related rumor spread that Bernadette was planning on breaking up with Howard. However, Howard then reveals to the guys that he’s actually planning on proposing to Bernadette. 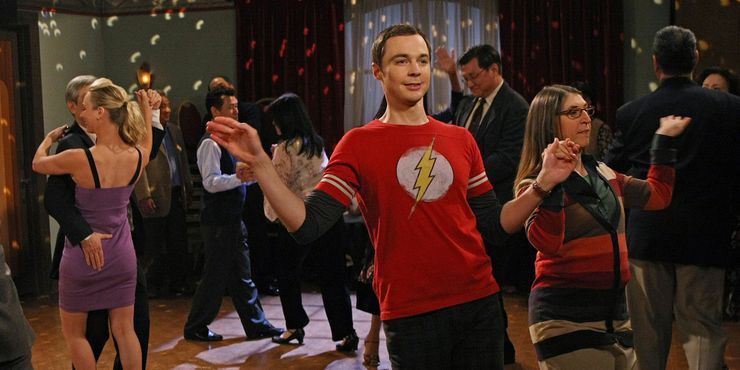 Despite Sheldon’s talent to annoy virtually everybody he came into contact with, it was always fun whenever the show decided to introduce a character that was smart or clever enough to keep up with Sheldon. In this episode Sheldon tries to pull his typical crap on Leonard about the roommate agreement, but this time his lawyer-girlfriend Priya comes to the rescue and discovers every possible loophole in the document that Leonard and the guys can exploit. Alas, as an honorary graduate of Star Fleet Academy, Sheldon cannot be bested and he managed to beat Priya by blackmailing her over her relationship with Leonard. 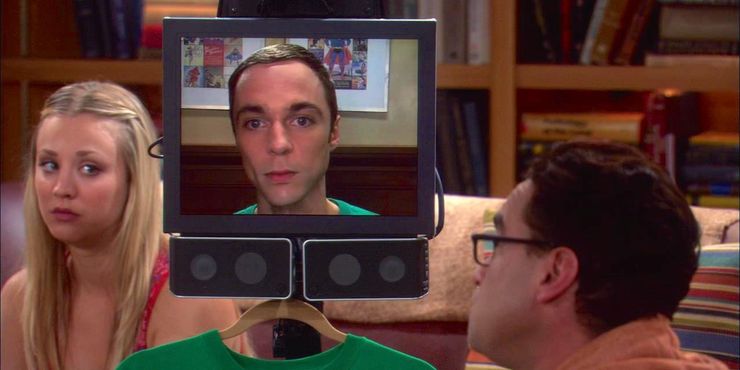 To be honest, this one was a long time coming. Sheldon opens the episode by declaring that he’s done the math and calculated that he won’t live long enough to transfer his mind/brain into a robot-body in the future – so he essentially does it anyway. To protect himself from possible worldly dangers, Sheldon constructs a virtual-presence device that will go out into the real world for him as he safely sits on his bed. Unfortunately, Sheldon fails in his attempts when his VP device spots Steve Wozniak at The Cheesecake Factory and Sheldon sprints out of the apartment to get his autograph – only to fall down the stairs. 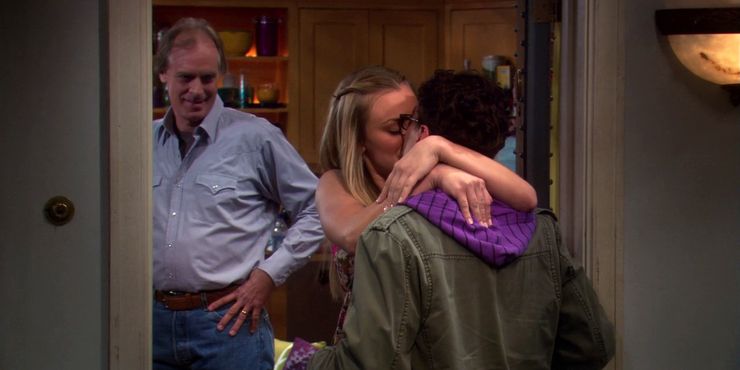 Everybody tells the occasional fib or white-lie to their parent, but this move from Penny was laying it on a little thick. Audiences were devastated when Leonard and Penny broke up toward the end of season 3, so it was quite a surprise when Penny kissed Leonard, called him ‘Honey’, and acted as if they were still together. It’s revealed that her father is in town (who saw the encounter) and Penny told him that she had gotten back together with Leonard due to her father’s approval of their relationship. Leonard, as expected, plays the situation to his advantage as much as he can, only to have Penny rat him out. However, the episode ends with Penny’s dad begging Leonard not to give up on his daughter just yet. 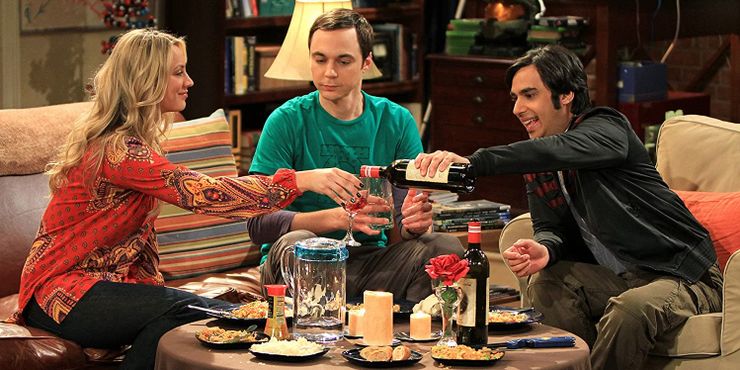 Penny had quite a few times throughout The Big Bang Theory where she was on shaky moral-ground, but this one is arguably the worst (Raj didn’t look very good either). In the season 4 finale, Bernadette reveals that she is getting her PhD, causing the gang to relentlessly make fun of Howard for not having one. 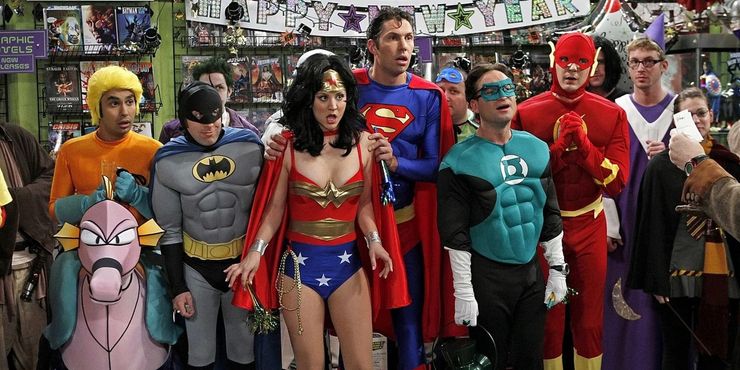 The guys wore many different costumes during the decade that they were on television (Halloween, Comic-Con, etc) but the one that might have been their best group effort ever was when they chose to dress up as The Justice League of America for Stuart’s New Year’s Eve party. The ensemble included Penny as Wonder Woman and her muscular boyfriend Zack as Superman, however the night turns awkward and threatens to derail when Penny admits that she’s uncomfortable hanging out with both Leonard and Zack at the same time. In order to mask her true feelings to Leonard she agrees to go to the party and the gang deservedly ends up winning the Best Group Costume prize. 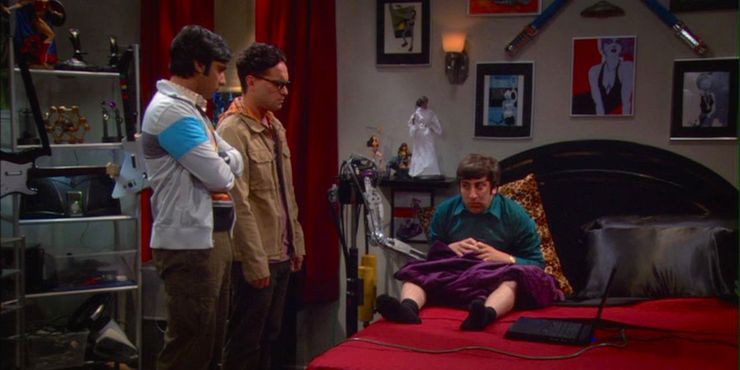 It’s hard to believe but The Big Bang Theory scored a rating of 8.8 on the first episode of season 4 and ended up not being able to top it for the rest of the year. The season opener introduced the friendship/relationship of Sheldon and Amy whereupon they go on their first official “date” to get to know each other and Penny tags along as a chaperone for the young couple. Meanwhile, Howard (America’s finest engineer) ends up using a robotic arm that he crafted for, well… obscene purposes… and ended up getting it stuck around his… obscene purpose. Leonard and Raj take him to the hospital to get it removed and thankfully it comes off without incident.

The Big Bang Theory: 10 Best Season 5 Episodes, According To IMDb