The world fell in love with the nerdy scientists living in Pasadena, California as soon as The Big Bang Theory began airing in 2007. Ironically, despite the show receiving better ratings in it’s first few seasons, the series received it’s first Emmy nomination for Best Comedy during it’s fourth season and managed to repeat the effort the following year. 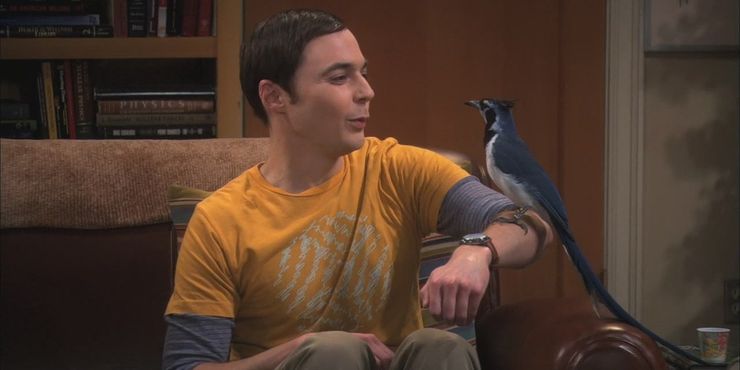 Any die-hard fans of The Big Bang Theory already knew that Sheldon had a fear of birds due to being chased up a tree by a chicken as a child. His fears resurfaced when a bird appears outside the apartment window and won’t leave, causing Sheldon to spend the episode trying various different ways to get the bird to budge, all to no avail. The bird eventually gets in the apartment and Sheldon is forced to befriend it, even calling him Lovey-Dovey, but as soon as Sheldon gets comfortable with his new pet the bird takes off and flies back out the window and into the night. 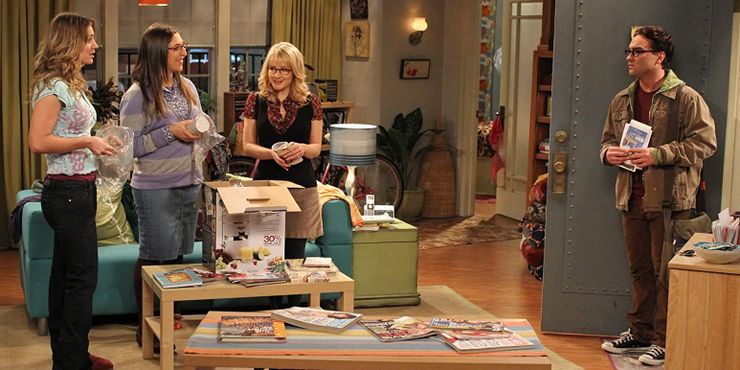 During this episode, Leonard spontaneously asks Penny out on a date (not as friends, a date-date) and she agrees. The story then follows the two as they discuss being nervous with their friends, going on the actual date, the fall out of the two trying to keep the relationship a secret, and a multitude of other things. After a brief fight with Penny (wherein she tells Leonard that he overthinks everything) it’s revealed that the episode was entirely in Leonard’s mind as he tried to find any possible way for things to work out with Penny. Despite not seeing any solution, Leonard goes for broke and asks Penny out anyway… which she accepts. 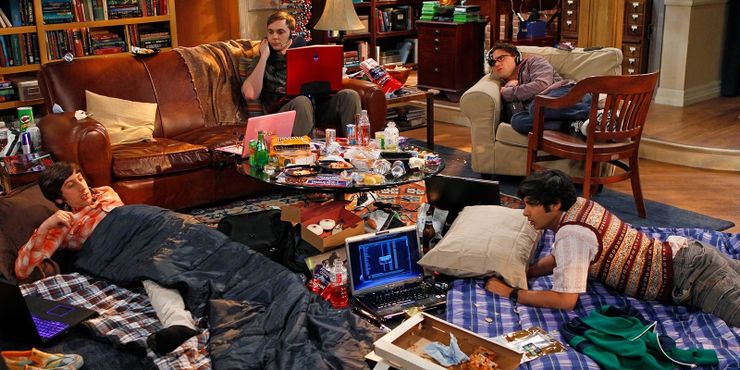 Nobody ever accused Sheldon of being the best boyfriend and he certainly didn’t earn the title during this episode when he bails on his girlfriend to play video games. The guys make impromptu plans to spend the entire weekend playing a Star Wars game but Amy reminds Sheldon that he already has plans with her so he won’t be able to attend. Sheldon eventually decides to stay and play games with the guys and Amy drunkenly makes a scene in front of everyone about how he abandoned her, only to be upstaged by Raj who makes an even bigger scene about how he’s so lonely. 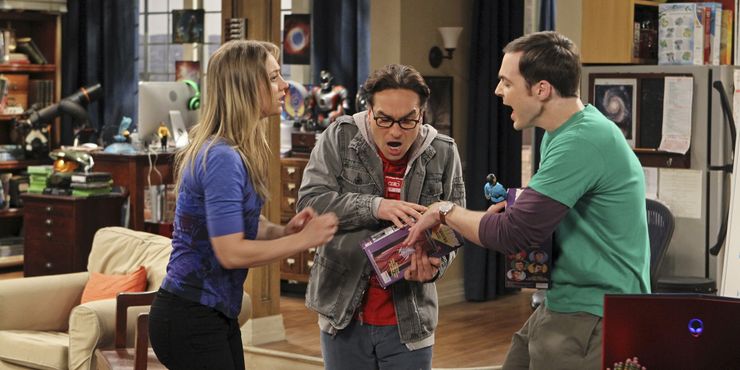 The guys were known in the show for being respected collectors of sci-fi toys/memorabilia and were often mocked by Penny and the girls throughout the series for it. That’s why it was such a sweet gesture when Penny finally came into some money and decided to pay the guys back with collectable Spock transporter toys from Star Trek. 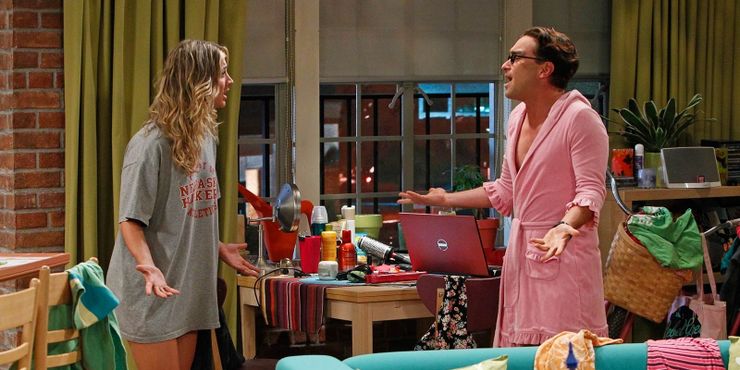 The penultimate episode of the fifth season revolved around Howard and his launch into space, beginning with his mission being cancelled but then spontaneously being back on and pushed up to an earlier date – forcing him to miss his wedding. However, Bernadette and Howard decide to cancel their original wedding and still get married before he goes on his mission, planning to have all of their friends get ordained so they can administer the wedding. 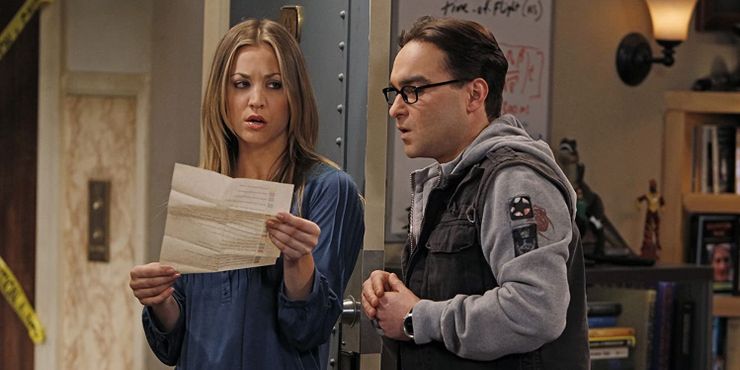 As stated earlier, Penny accepted Leonard’s offer to a date at the end of episode 13, so naturally episode 14 carried straight into the aftermath of their endeavor. The two decide that their relationship is in a “beta test” and that the two should report “bugs” to one another about anything they do that’s bothering them. Leonard immediately shoots himself in the foot by making a detailed, color-coded document about all of Penny’s annoying mannerisms and winds up apologizing by taking her to a gun range (where she loved to go with her Dad as a kid)… where Leonard ends up literally shooting himself in the foot. 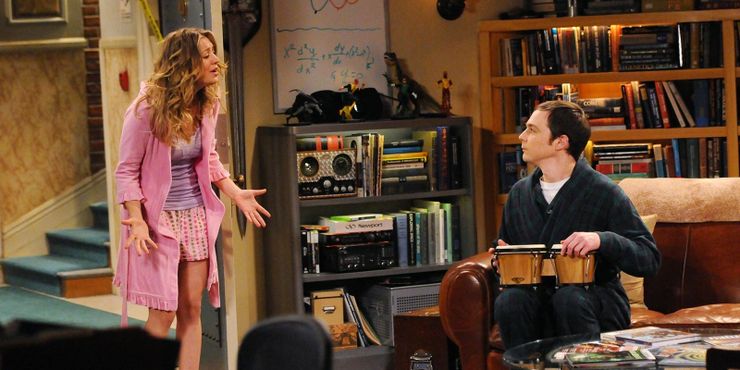 Audiences were used to Sheldon Cooper’s classic clean-cut look and began to notice in season 5 when his hair started to get a little shaggy. The writers must have noticed it too because they decided to write an entire episode about how Sheldon’s barber was sick and couldn’t cut his hair, resulting in Sheldon questioning everything in his life due to the fact that his hair has started to grow out of control. 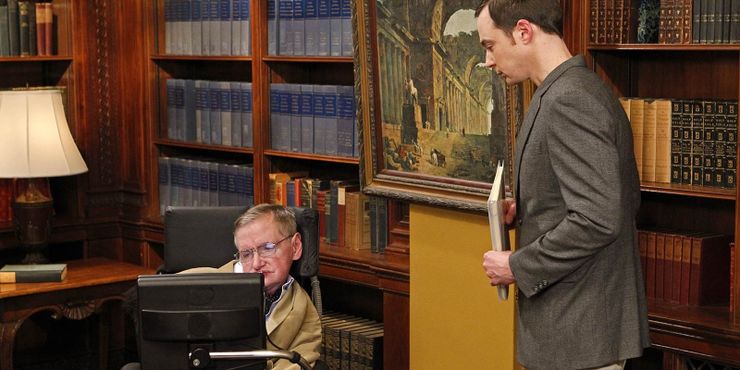 The Big Bang Theory quickly became known for it’s high-profile guest stars from not just sci-fi and fantasy entertainment but the actual scientific community itself – and the reveal of the late great Stephen Hawking was arguably the best. Howard gets recruited to work as an engineer for Hawking’s wheelchair when he comes to the university and Sheldon spends the entire episode doing anything that Howard demands of him in order to get Howard to give Hawking a paper Sheldon wrote. Howard eventually complies, gives Hawking the paper, and he agrees to meet Sheldon. The world-renowned genius then showed up for the closing scene and made Sheldon faint when he informed him their was an arithmetic error in his paper. 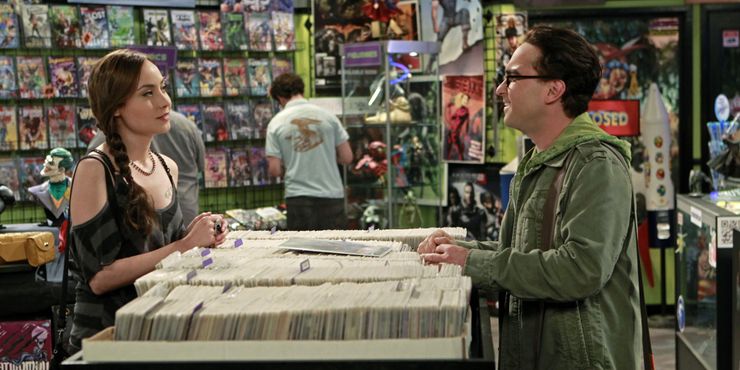 Before Leonard could take another stab at landing Penny he was still busy dealing with the aftermath of dating Raj’s sister, Priya, despite her moving back to India. In this episode, Leonard meets a cute girl at Stuart’s comic book store and the two immediately hit it off. They end up going on a date and making out, causing a guilty to reveal that he has a girlfriend and the new girl kicks him out. An apologetic Leonard begs Priya’s forgiveness on a webchat later on… only to be shattered when Priya reveals that she has slept with her ex-boyfriend since returning to India. 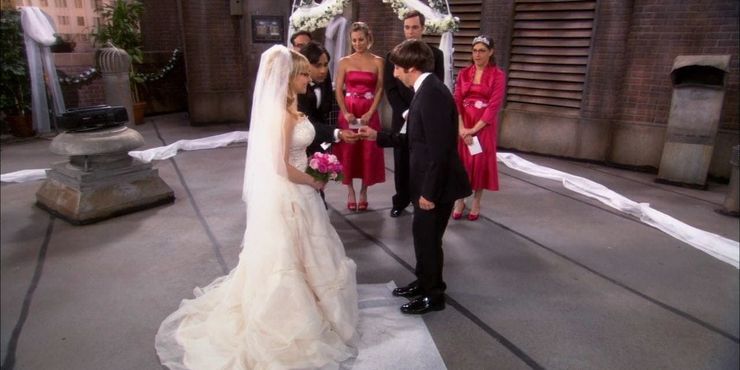 The final episode of the fifth season happened to also be the highest-rated as it followed Howard and Bernadette’s wedding day. Due to Howard’s new launch date forcing the wedding to be moved up, Howard and Bernadette decided to make their day special by getting married on the roof of Sheldon and Leonard’s building and having the ceremony photographed from space by the camera for Google Earth. All 5 of the other main cast members ordain the wedding as Howard and Bernadette tie the knot and the episode ends with Howard’s rocket being sent on it’s way to the International Space Station.

The Big Bang Theory: 10 Best Season 4 Episodes, According To IMDb

The Big Bang Theory: 10 Best Season 6 Episodes, According To IMDb