Despite not receiving an IMDb score higher than an 8.5 and having the top overall IMDb rating for an episode drop for the fourth consecutive year, The Big Bang Theory was still considered one of television’s top comedies when it’s sixth season aired in 2012. 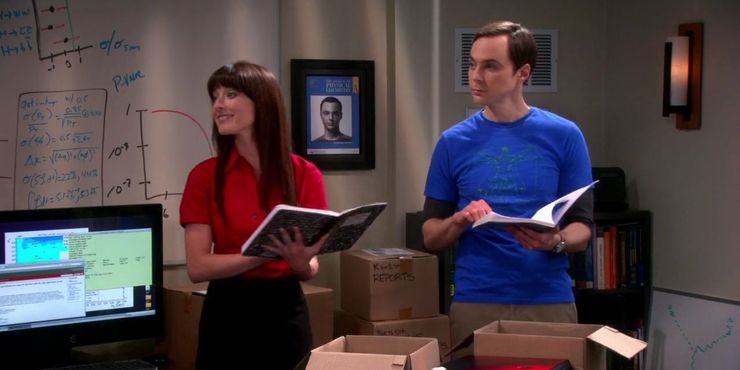 The third episode of season 6 revolved around the premise that Sheldon needed to hire an assistant who would look through all of his former work for potential scientific breakthroughs. Seems harmless enough, until Sheldon decides to hire an attractive woman named Alex as his assistant and Amy immediately becomes jealous when she finds out about it. She and Penny go to the university to confront Alex about staying away from Sheldon… only to discover that she’s actually Penny’s problem since Alex is attracted to Leonard. 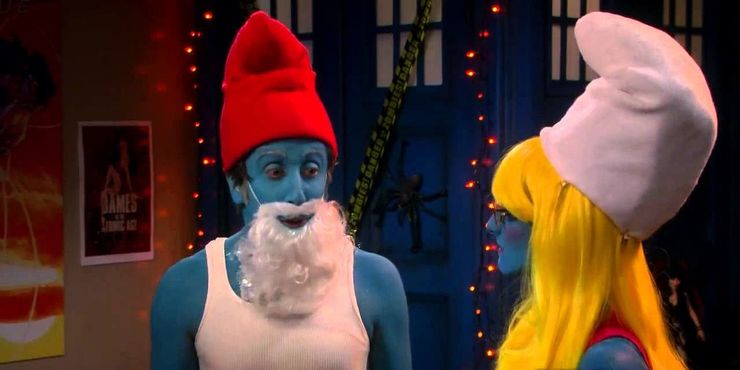 One of the most antagonizing traits that Penny had throughout the series was that she always put down Leonard’s scientific work (or at least commonly referred to it as boring). That’s why it was so refreshing during the season six Halloween episode when Penny decided to visit Leonard at work and she found she was actually blown away by a lot of his experiments (and how smart he actually is). Meanwhile, Howard has returned from his trip to space and won’t shut up about it to all of his friends, reaching a point where a Smurfette-Bernadette has to tell him to chill and dial back the space talk. 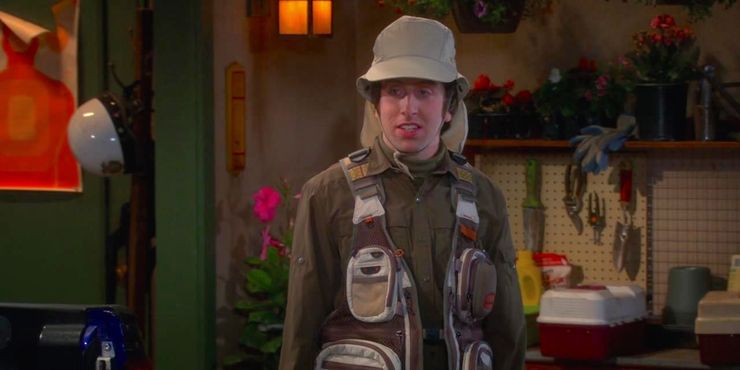 Everybody worries about impressing their in-laws and Howard ran into that very problem when he was invited to go on a fishing trip with Bernadette’s father. Knowing nothing about fishing (or anything outdoors) Howard recruits Penny’s help in order to learn the activity so he can bond with his father-in-law. He obviously fails miserably, but ends up having a heart-to-heart with his father-in-law anyways and they decide to go to a Casino and shoot craps instead. Also during this episode, a sick Amy takes advantage of Sheldon who (per the roommate agreement) takes care of her in ways he never has before due to her ailment. 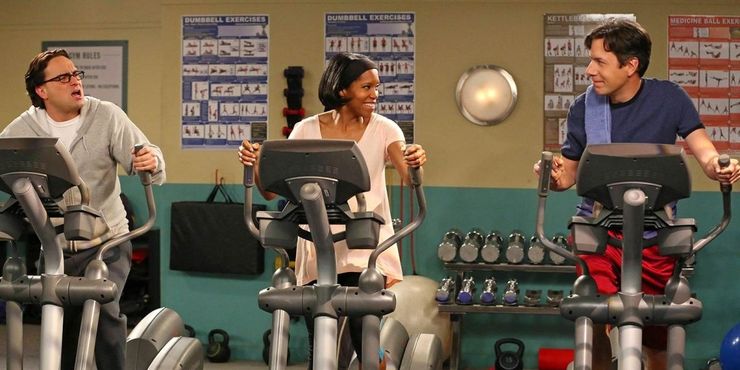 Job security is quite a handy thing to have, and everybody in The Big Bang Theory gang already knew that well and displayed it during this episode where a tenured professor at the university retires and Sheldon, Leonard, and Raj end up fighting for the open spot. 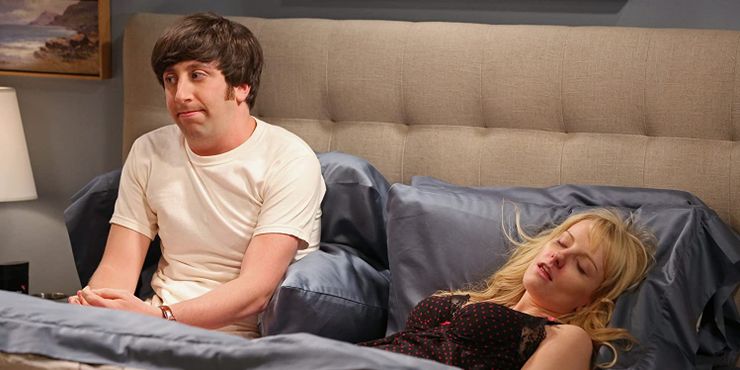 It was the crown achievement of Howard’s life when he was chosen to get sent to the International Space Station and he was expecting a warm welcome when he returned in episode 4. Unfortunately, his welcome is actually met by a sick and disoriented Bernadette, a mother who happens to be sleeping with Howard’s dentist, a best-friend in Raj who already has plans with Stuart, and the rest of the gang who are busy in a battle of board-games/activities (which Sheldon and Leonard haven’t won any of). The episode finally ends with Howard alone at a diner being recognized as an astronaut by the waitress who then offers him a free slice of pie. 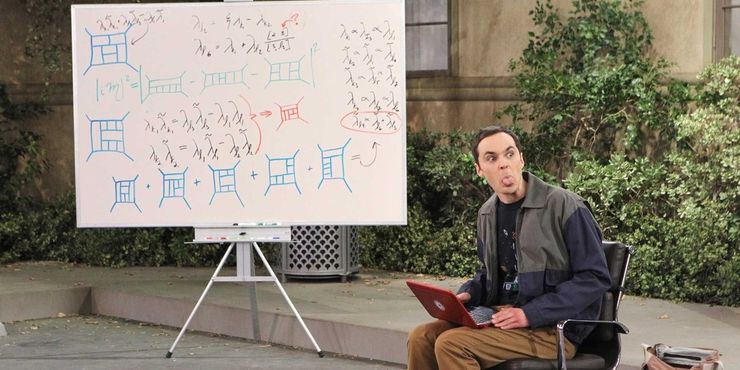 Universities might be about education, but they’re also about pulling in money in order to keep providing education for people. That’s why it was understandable that (as an astronaut) Howard became a hot-commodity for the university when he returned from space and one of his rewards was a better parking space – which turned out to be Sheldon’s parking space. The episode then revolves around Sheldon trying to regain his parking spot (despite not having a car or driver’s license) from Howard with the rest of the gang getting pulled into the childish debacle. After a multitude of pranks and tricks, the two finally concede and apologize. 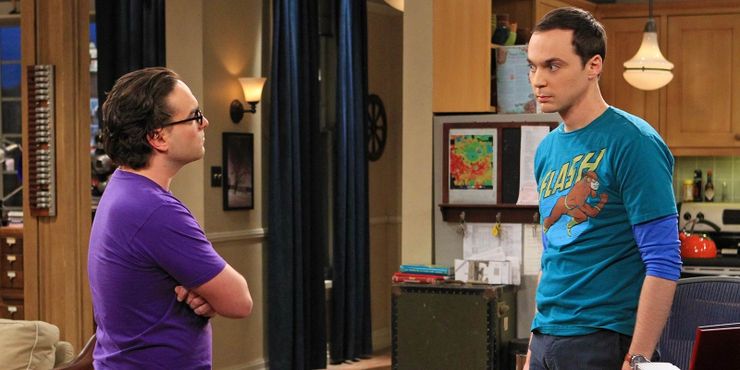 It was no secret that Sheldon was capable of pushing everybody’s buttons, but Leonard always seemed to be the one who caught the most flack from his egotistical roommate. During this episode, Sheldon gives Leonard a major spoiler about the Harry Potter books as he’s reading them, prompting Leonard to blow-up and declare that he’s moving out and going to live with Penny instead (which she is obviously just thrilled about). 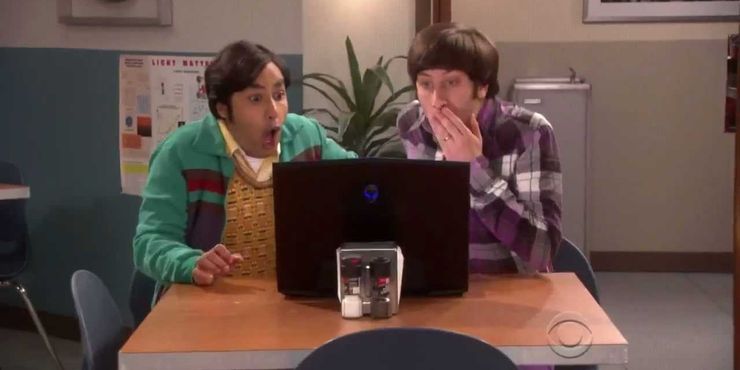 Everybody has the right to personal secrets and private time (most of all one of the most brilliant minds in the world in Dr. Sheldon Cooper). But Howard and Raj didn’t agree with that during this episode where they discover that Sheldon sets aside 20 minutes everyday whereupon he locks himself in a small storage room. Raj and Howard spend the episode trying to figure out what Sheldon could possibly be doing, only to be bamboozled by Sheldon at every turn and inform them that they will never discover what he does during that time. Luckily, the audience got to see that Sheldon was actually just spending twenty minutes a day playing hacky sack. 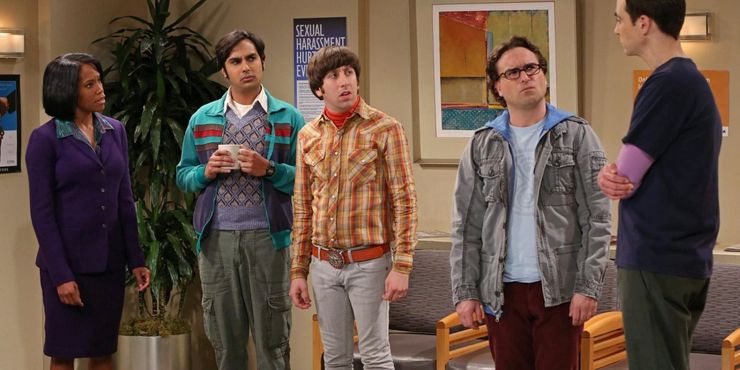 As already stated, Sheldon hired an assistant named Alex earlier in the season who fancied Leonard and had become a minor problem for Penny. The problem escalated during this episode when Alex asks Leonard out on a date (despite knowing about Penny) causing Leonard to develop a cocky-attitude from having two women finding him attractive at the same time. Sheldon doesn’t approve of his assistant spending her work-time flirting with colleagues so he sets up a presentation designed to return her mind to physics… and is so graphic and horrifying that Sheldon gets called into Public Relations. He then throws Howard, Raj, and Leonard under the bus and the three of them get called into PR as well. 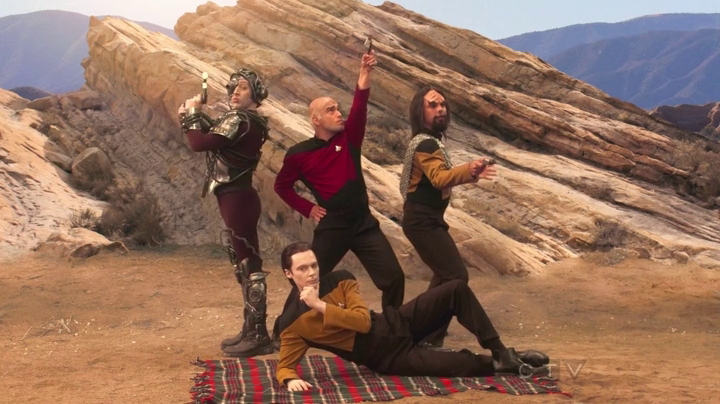 Arguably the nerdiest episode in the entire series, the top-rated episode in season 6 revolved around the guys dressing up as Star Trek characters and head to Bakersfield for a comic-book convention, only to have their car stolen on the side of the highway and force them to walk through the desert in their costumes. The guys feel down and genuinely question whether or not there’s any meaning to their love of comics/sci-fi/all-things-nerdy… only to return home to find Penny, Amy, and Bernadette in a heated argument about comic-book characters, restoring their faith in their nerdiness. Never doubt it, boys – never doubt it.

The Big Bang Theory: 10 Best Season 5 Episodes, According To IMDb