Lucky and Copper are best friends, but they definitely play different roles around the house. While Copper is a bit more laid-back, Lucky is much more mischievous and has a take-charge kind of personality. Lucky has definitely been known to initiate the mischief — and then Copper joins in later to keep the fun going.When the family couldn’t figure out where all the pens kept disappearing to, it was because Lucky kept stealing them and hoarding them to herself. Eventually, though, she got bored of guarding the pens and moved on to more important matters, and that’s when Copper took over. 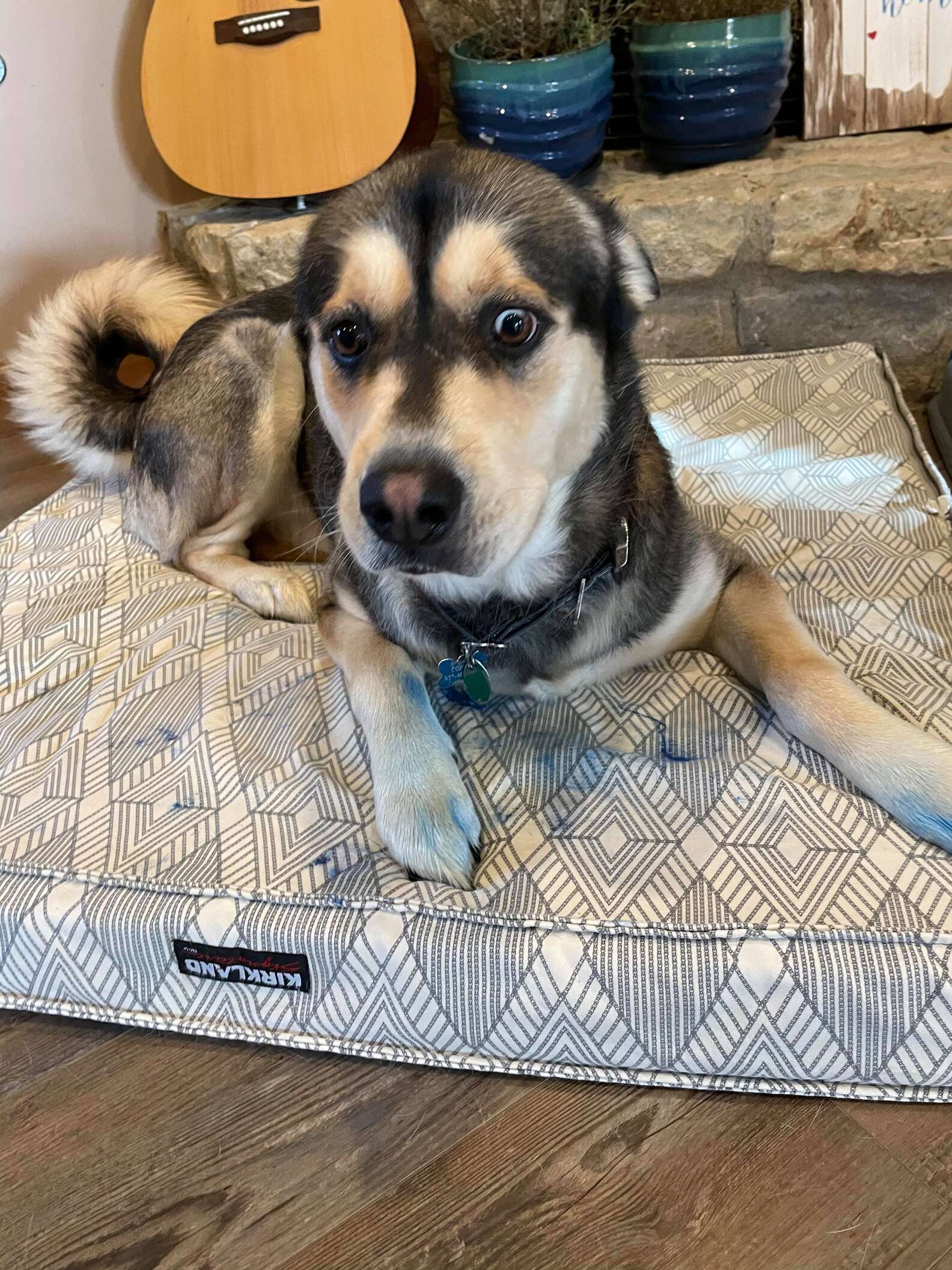 “As ‘head of security’ of the house, she probably leaves the pens to go bark at a squirrel or truck or a person walking their dog and then Copper seizes this opportunity to destroy the pen,” Roma Mount, the dogs’ mom, told The Dodo. 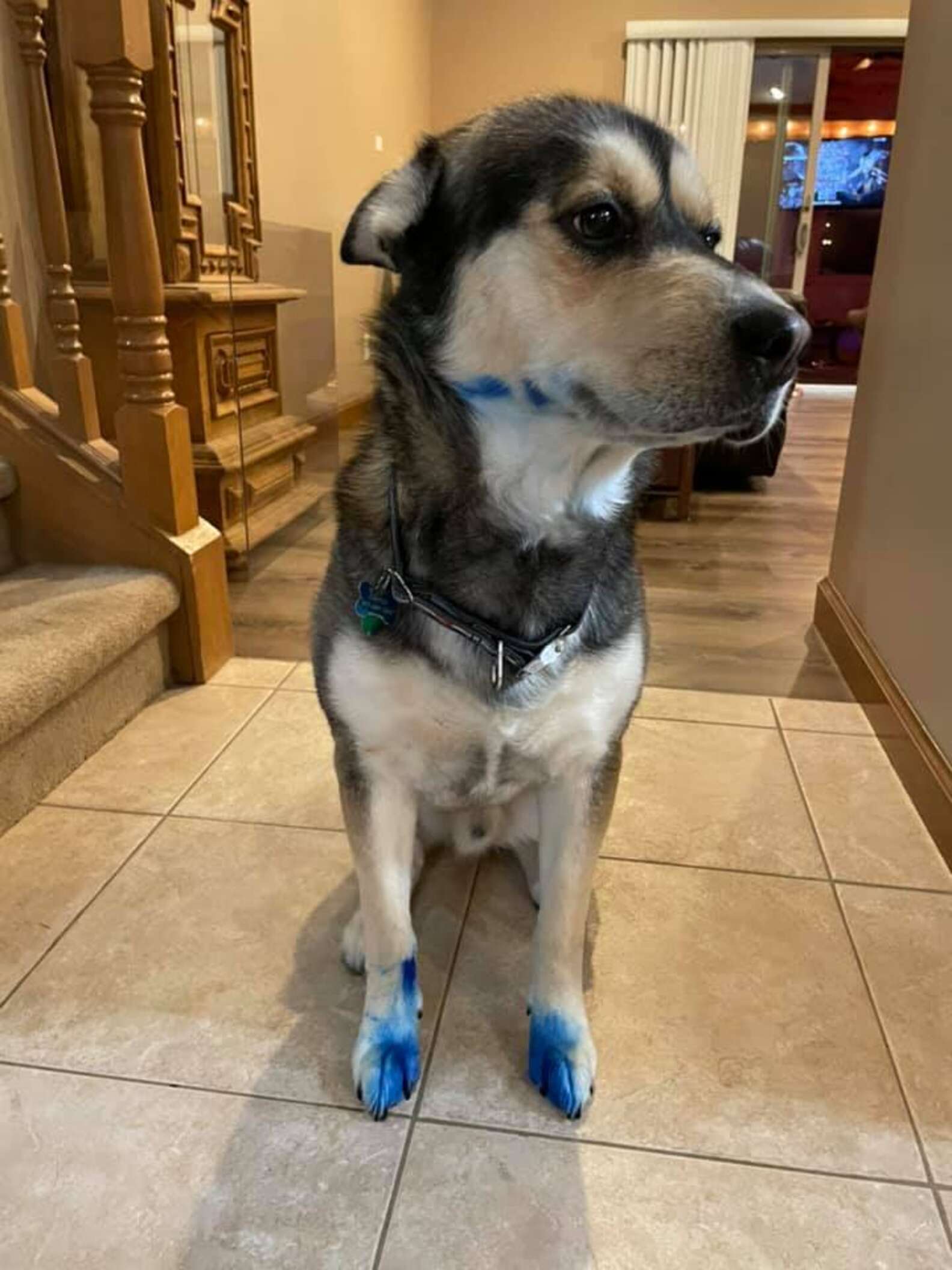 Copper decided that just guarding the pens was boring, and proceeded to snack on them instead. Once Lucky saw what Copper was doing she knew she couldn’t let him have the newfound snack all to himself, so she joined in.They were hoping to keep their little pen adventures a secret — but unfortunately, the blue ink gave them away. 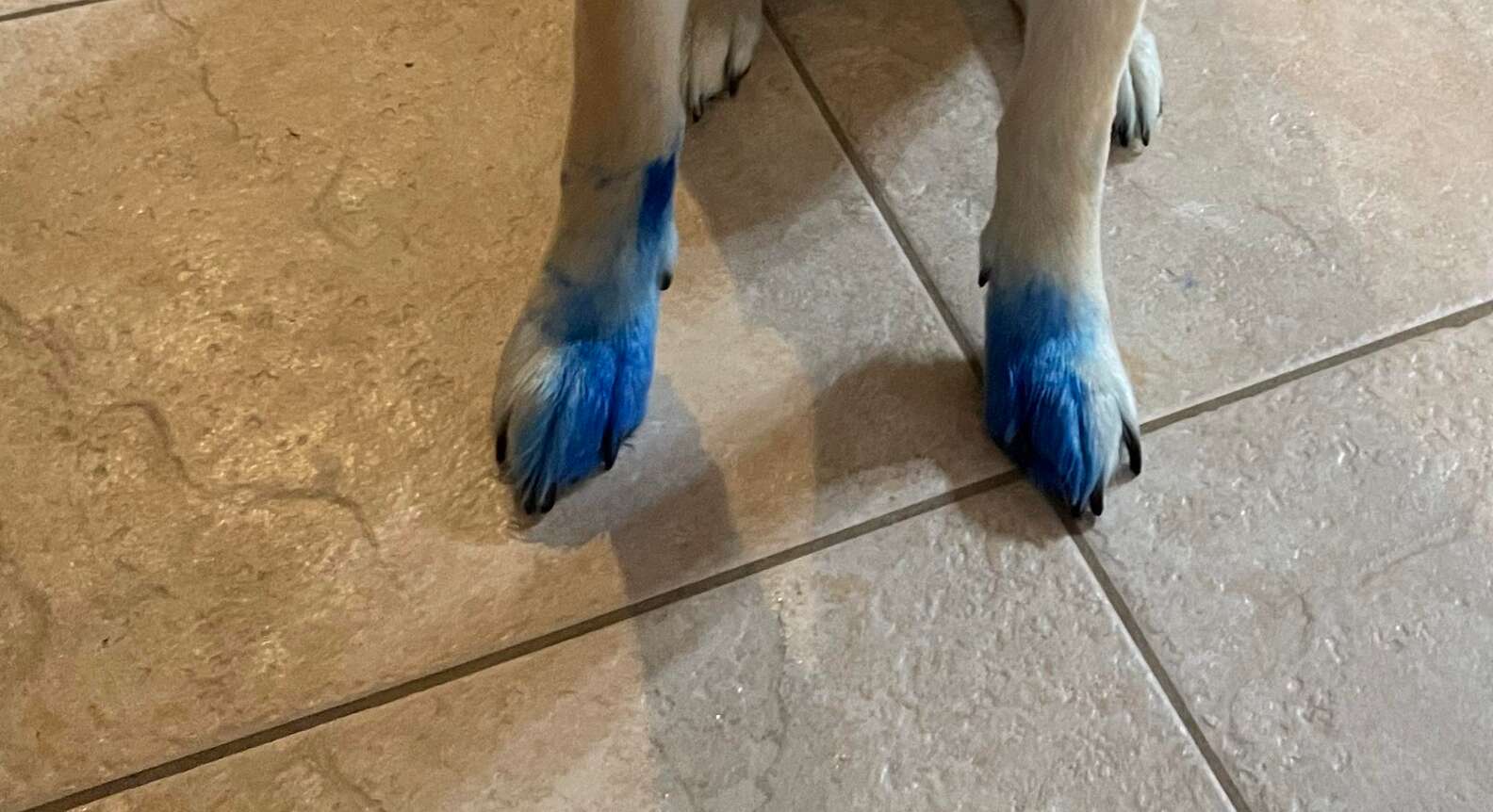 Copper was still pretty proud of his discovery that pens are pretty tasty, but his excitement quickly turned to shame when he realized that his family wasn’t super pleased about it. 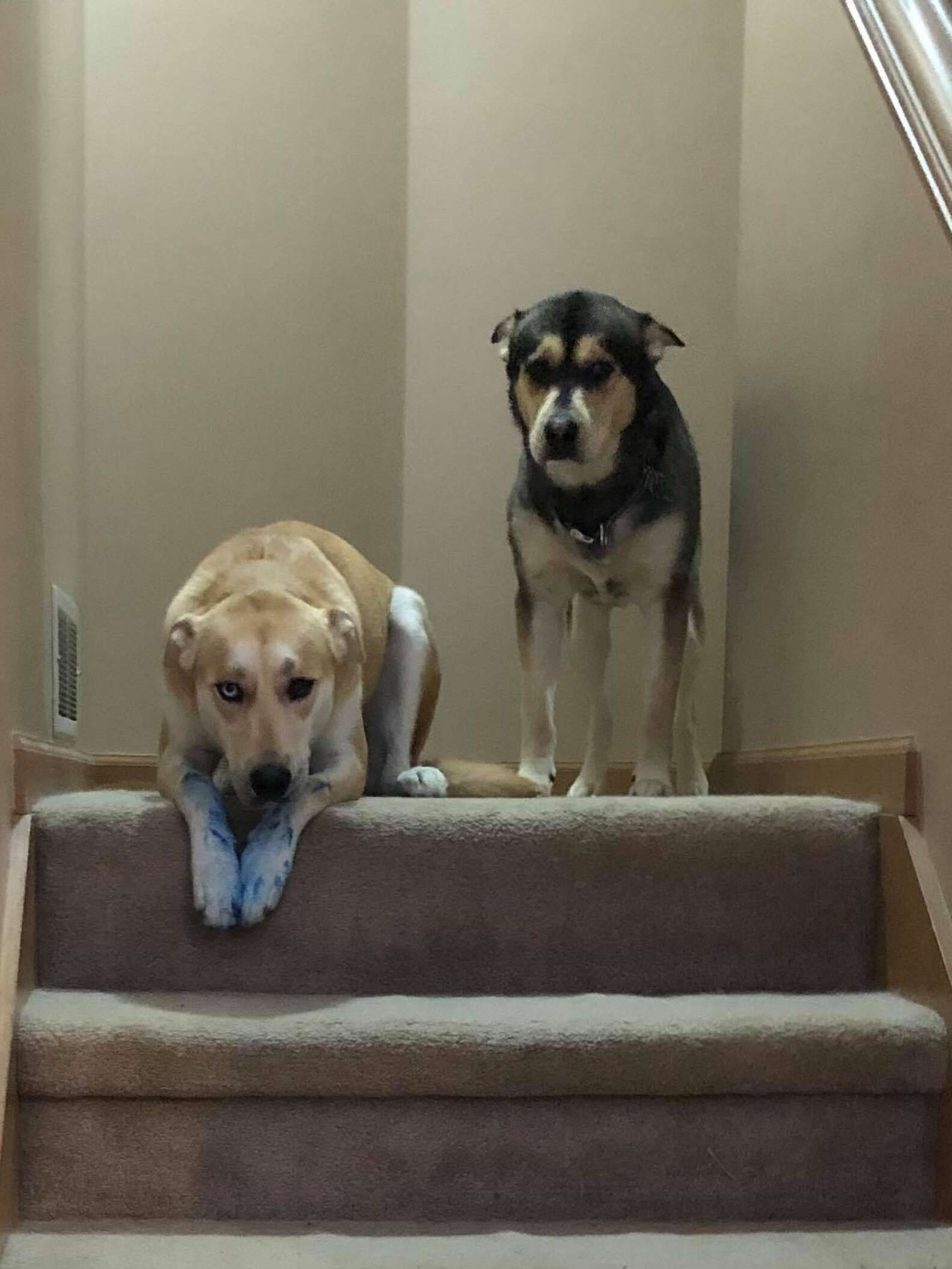 “He is very happy about his accomplishments with the pens, but then because he is so loving and his world is his people and Lucky, he gets very sad and guilty as knows we are not happy with him,” Mount said. 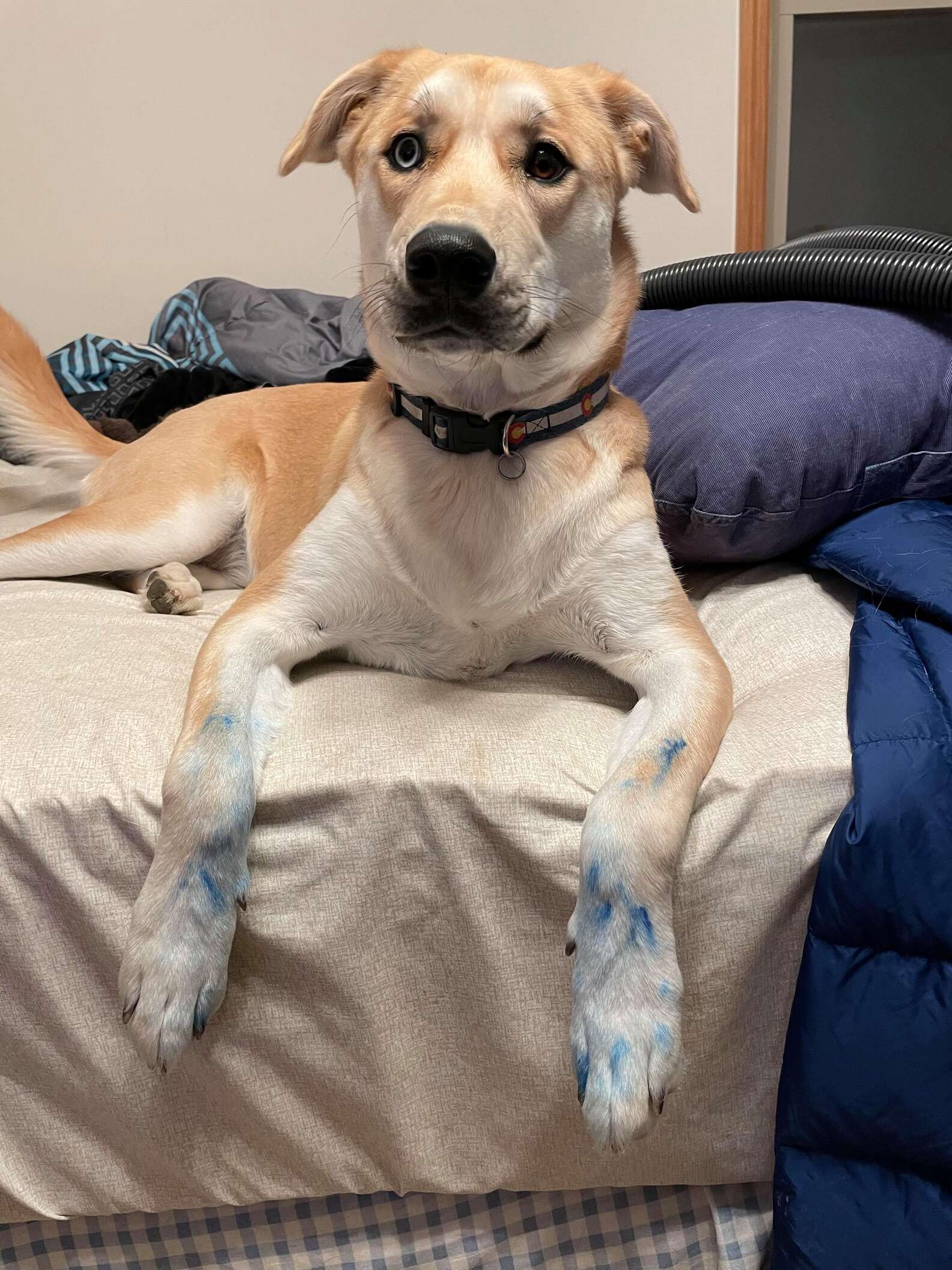 Regardless, Copper and Lucky have stolen pens and destroyed them a few times together. It’s not a constant thing, but still, it happens. It’s one of their favorite adventures to go on together — even though it always ends the same way.

15 Actors Who Were Suddenly Replaced by Other Stars

10 Most Painful Breakups In The Big Bang Theory