In Vista, California, a variety of wildlife roams the hills and brushlands — and they all come to Jennifer George’s backyard for a drink. To get a closer look at the animals she’d seen from her window, George set up an outdoor camera in 2019. And after spotting a family of coyote pups out on a hot day, she decided to set some water out for them. 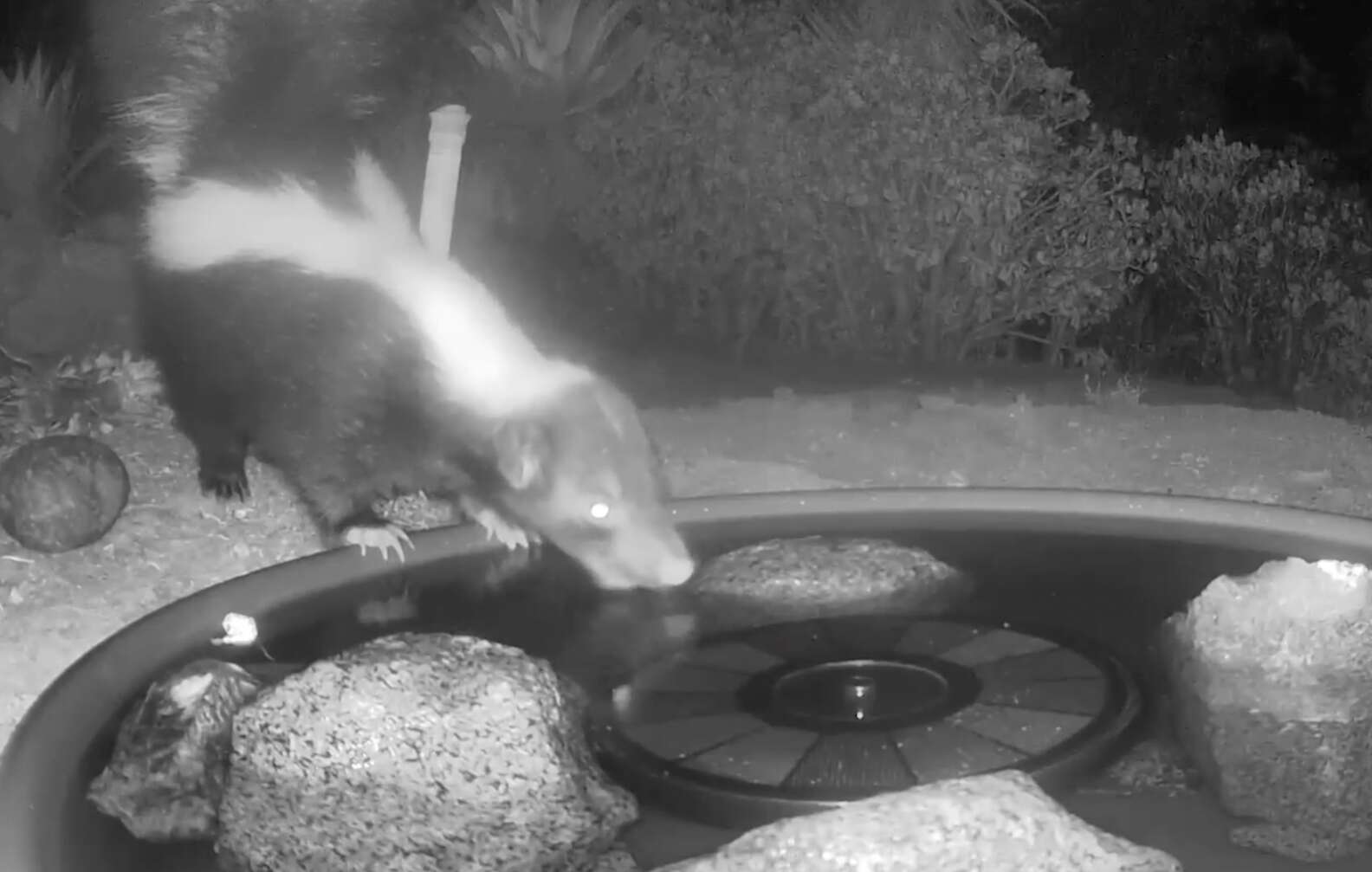 But George had no idea how many animals would appreciate the drink. “It started with just a metal bowl of water,” George told The Dodo. “We thought that would be a harmless way to get [the animals] in front of the camera. That brought birds at first — mostly scrub jays. Then other animals started showing up, and I wanted to improve the accommodations for them and bought a bigger bowl and a solar fountain.” 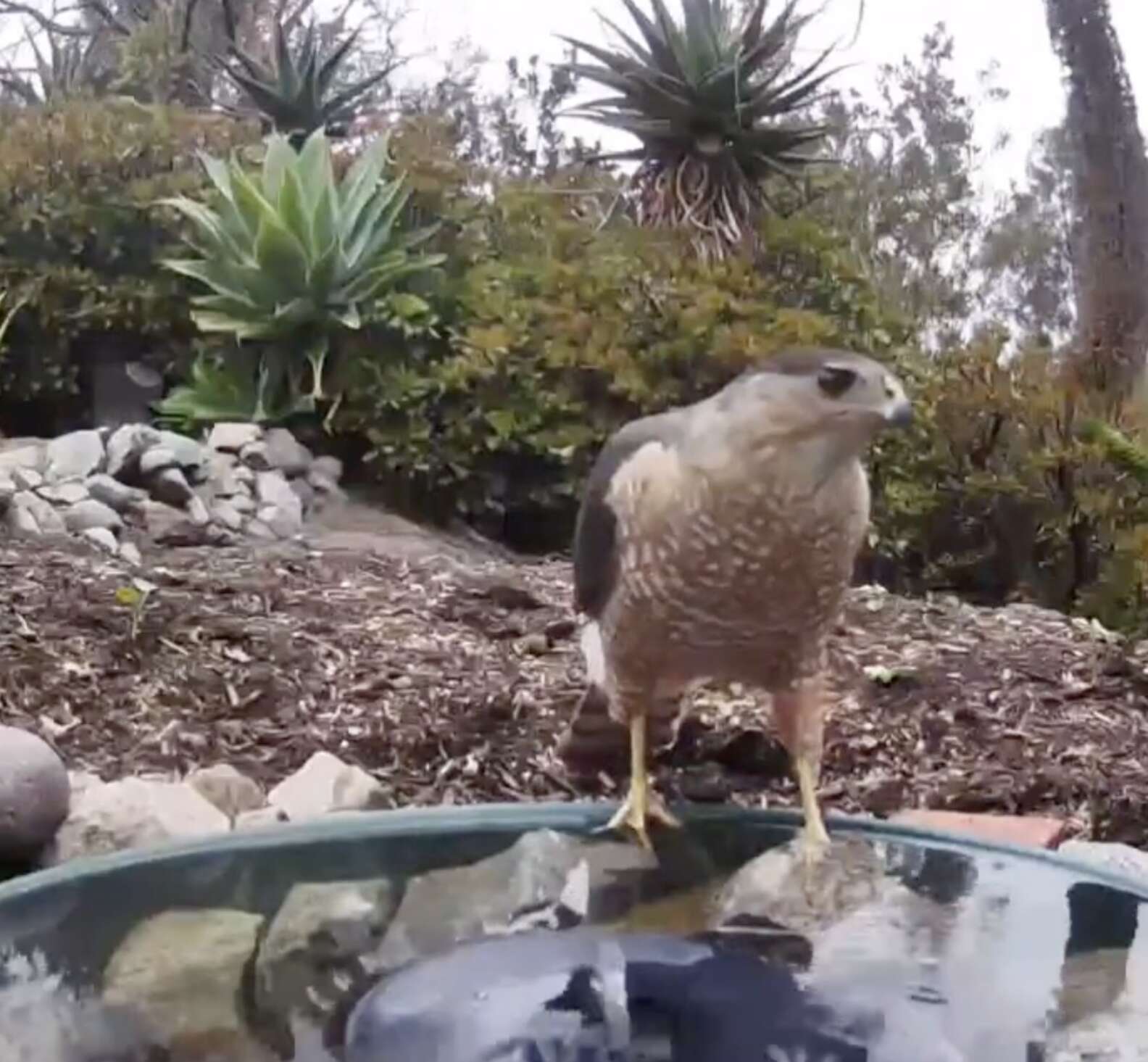 George’s makeshift fountain has quickly become a gathering place for feathered, furry and scaly creatures alike. Visitors range from a snake going for a swim to a family of quail taking a bath, as well as turkey vultures, long-tailed weasels, skunks, coyotes and bobcats.

“The birds particularly like the moving water, especially hummingbirds,” George said. “Right now I’m hoping to see this year’s coyote puppies — we saw a pregnant female a few weeks ago.” Around the water fountain, all animals seem to get along with one another, and just seem grateful for a safe place to have a fresh drink. “It’s always dry in Southern California, especially in the summer,” George said. “I do think they appreciate it — it must be a nice way to cool off.” 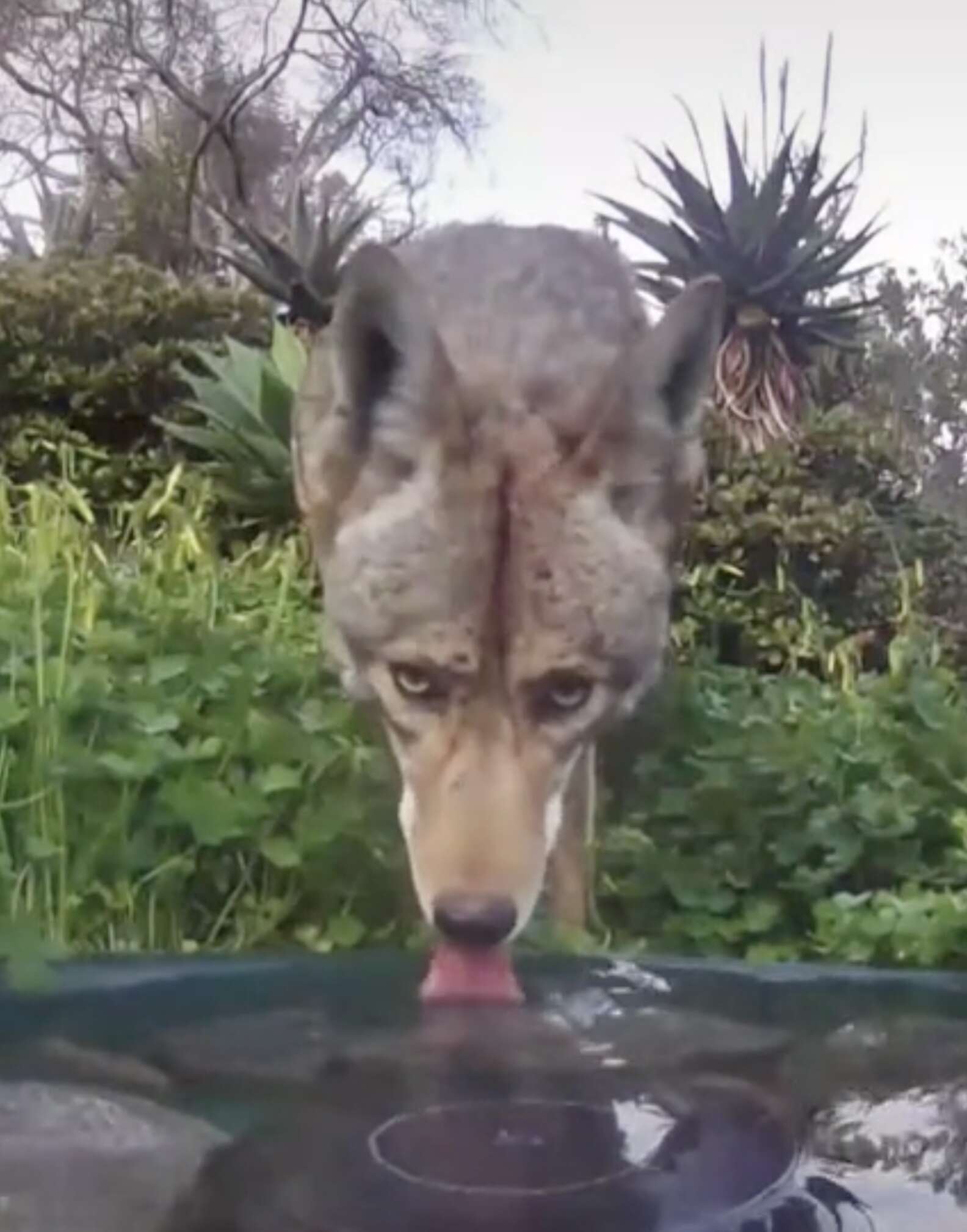 While most of the animals drinking from the backyard fountain seem happy and healthy, George recently noticed a few of her regular coyote visitors looking worse for wear. “We’ve seen a couple of coyotes with bad cases of mange due to secondary poisoning from eating rats who ate poison in traps,” George said. “We encourage people to think twice about using those traps.” George now partners with Wildlife Care of Southern California to help any coyote who’s suffering — and she couldn’t be more proud that her little water fountain has saved lives.