Charmed is an eight-season drama television series about witches that aired on The WB. Shannen Doherty, Holly Marie Combs, Alyssa Milano, and Rose McGowan were among the well-known actors who played the main characters. Kaley Cuoco joined the cast in the final season, playing Billie Jenkins. Billie was a new witch on the hunt for her kidnapped sister. They taught her everything she needed to know about being a witch. While Kaley has appeared in various shows and films, she is best known for her role as Penny on The Big Bang Theory. She portrayed Penny for a total of 12 seasons. Few people know that she played an essential role in Charmed’s final season. Here are 12 facts about Kaley Cuoco’s time on “Charmed” that you may not have known.

Kaley was already on 8 Simple Rules when she was offered the role of Billie Jenkins. After the sudden death of one of the main characters, the show wasn’t the same and got canceled in 2005. Then, Kaley moved directly to shooting Charmed, which started filming that same year.

11. She Had Never Seen A Single Episode

It seems as though this gig just fell into Kaley’s lap. Along with not auditioning, she also had never seen an episode. While there are pros to having seen a show and being familiar with the acting, the president of WB wasn’t concerned. He loved that she would start shooting without any preconceptions.

10. There Were Major Budget Cuts When She Was Hired

The WB experienced many budget cuts before the eighth season of Charmed started shooting – they even got rid of a couple of characters who had larger salaries. So, why did they hire Kaley? Besides the possibility of a spin-off, they hoped Kaley would lighten the onscreen load for the other main characters.

9. The WB Thought She Would Help Boost Ratings

Kaley Cuoco was added to the show to bring new blood and, hopefully, ratings, but not so the show would continue. None of the lead characters renewed their contracts, and it was already decided that the eighth season would be the last.

8. She Got Along Well With The Cast

It must have been not very safe coming on to an established show with a cast who had been working together for seven years. However, Kaley never talked poorly about any of her castmates. She only talked about getting a warm reception. She also said she had instant chemistry with the other main characters.

It must have been not very safe coming on to an established show with a cast who had been working together for seven years. However, Kaley never talked poorly about any of her castmates. She only talked about getting a warm reception. She also said she had instant chemistry with the other main characters.

6. She Thought It Would Be Easy

When Kaley signed on for the role of Billie Jenkins, she admitted that she thought it would be easy. Charmed is a fun show about witches, and what’s so hard about that? While Kaley had done a lot of acting, this dramatic television show was much different than anything she had done in the past. Even though this was a new experience for her. Kaley has determined to do her best and even tried to do most of her stunts. While she needed stunt doubles on some dangerous sequences, she was very determined…and often got tangled in the wires when doing flips!

5. It Took Time To Get Used To The New Filming Style

Up until that point, Kaley had only done sitcoms. Which are usually shot with one camera in real-time. A dramatic television show like Charmed will usually have a different filming approach. Dramas typically have one camera, but filming is constantly stopping and starting. It was a big adjustment for her.

4. She Hated The Demanding Shooting Schedule 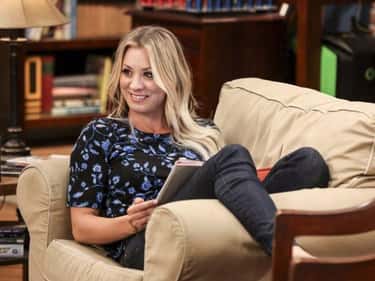 Another difference between her other shows and Charmed was the shooting schedule. Kaley told the New York Post, “Dramas require 18-hour days where you want to kill yourself. While working on a sitcom, you can have a life, and I’m selfish. I love my life, and I like to do other things besides work.”

3. She Didn’t Love All Her Outfits

Becoming a witch takes a little effort and a lot of bizarre outfits. There were several costumes that Kaley had an issue with during the eighth season. She did not like the wig and black vinyl outfit she wore during the first two episodes and her superhero costume in episode eight.

The eighth season of the show was Kaley Cuoco’s first and last season…although the cancellation had nothing to do with her acting ability. The ball was already rolling for the eighth season to be the final season of Charmed.

1. She Ended Up Not Liking Dramatic Television

In the end, it was all for the best that Kaley ended up doing only one season with the drama television show. It’s a good thing that she didn’t do a spin-off. Not being able to see what’s thrown at you, to have remarkable effects added later, was a big adjustment. That, coupled with the hours and shooting style, makes her prefer sitcoms.